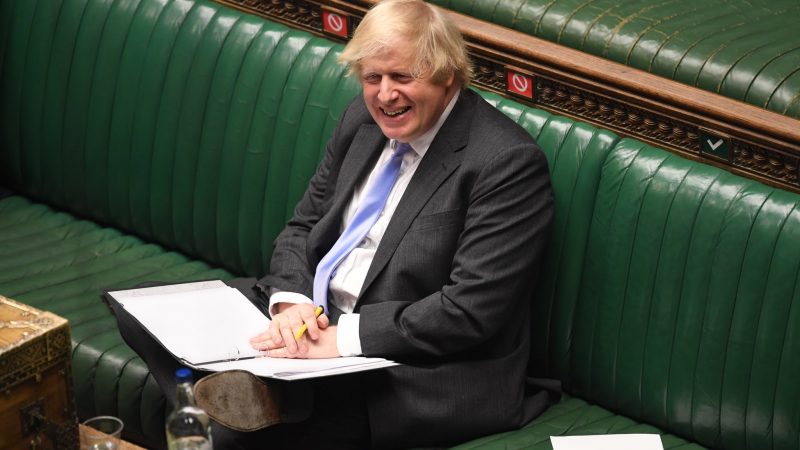 New analysis of the parliamentary register of interests shows that 50 Conservative MPs have earned more than £1.7m in consultancy fees since the beginning of 2021 alone.

Commenting on the analysis released by Labour amid the ongoing row over MPs’ second jobs, Anneliese Dodds called on ministers to ban members of the House of Commons from taking paid directorships or consultancy roles.

“There is something rotten at the heart of Boris Johnson’s Conservative Party if one in seven of his MPs is taking money from outside interests. Every day Conservative MPs act as if there’s one rule for them and another for everyone else,” the party chair said.

“The Prime Minister needs to show leadership, heed Labour’s call to ban MPs from having paid directorships and consultancy roles and put an end to Tory sleaze.”

According to the analysis, three of those identified made more money from their additional employment than the £82,000 annual wage for MPs. One Conservative MP, John Redwood, has received twice as much as his parliamentary salary.

Health Secretary Sajid Javid, who speculated on Wednesday that a number of MPs would leave if they were stopped from taking on additional employment, will be paid £150,000 by the end of this year by international investment bank JP Morgan.

Andrew Mitchell has earned £115,833 this year from six advisory and consulting roles, Mark Garnier has made £82,500 from three, Stephen Hammond £81,666 from four jobs and former Transport Secretary Chris Grayling £75,000 from one.

Keir Starmer said on The Andrew Marr Show on Sunday that MPs and former ministers should be banned from taking paid consultancy roles, following a week of significant pressure on the government sparked by the Owen Paterson row.

The backbench Tory MP was found by the Commons standards committee to have broken rules by making approaches to officials and ministers on behalf of Randox and Lynn’s Country Foods, which paid him around £112,000 a year combined.

MPs refused last week to implement a 30-day suspension of Paterson, as recommended by the independent commissioner and cross-party committee after finding that he was guilty of the “egregious” breach of lobbying rules.

The government, which had whipped Tory MPs to reject the committee report recommendation and overhaul the standards system, U-turned within 24 hours after a public backlash. Paterson then resigned as an MP.

Other MPs have since been implicated in the row over Paterson. Iain Duncan Smith is facing questions over a conflict of interest that saw a government taskforce he chairs recommend new rules benefiting a firm paying him £25,000 a year.

Former Conservative Attorney General and sitting MP Geoffrey Cox reportedly spent April, May and June this year working a second job in the Caribbean, using special parliamentary procedures introduced during the pandemic to vote from abroad.

According to The Times, the Conservative MP has been paid more than £1m in the past 12 months on legal work, including defending the British Virgin Islands in a corruption case brought by the UK government. He has been accused of using his parliamentary office for this work, which is a breach of the rules.

Labour has called on standards commissioner Kathryn Stone to investigate Cox. The party has pointed out that Cox has breached one of the rules Paterson was found to have broken before the standards committee recommended he be suspended.

“This appears to be an egregious, brazen breach of the rules. A Conservative MP using a taxpayer-funded office in parliament to work for a tax haven facing allegations of corruption is a slap in the face and an insult to British taxpayers,” Angela Rayner said on Wednesday.

“You can be an MP serving your constituents or a barrister working for a tax haven – you can’t be both and Boris Johnson needs to make his mind up as to which one Geoffrey Cox will be.”